The Unsleeping are the key players of the new Ukrainian indie scene. In 2019, they presented new Ukrainian alternative music at one of the biggest European music festivals, Sziget. In 2020, their single ‘PTAHA FRED’ won the best song award at Jager Music Awards Ukraine.

As the festival season starts in Ukraine, The Unsleeping get into every program. They performed and at various times headlined Atlas Weekend, Zaxidfest, Faine Misto, etc. The band also took part in the 2021 Waves Vienna showcase. 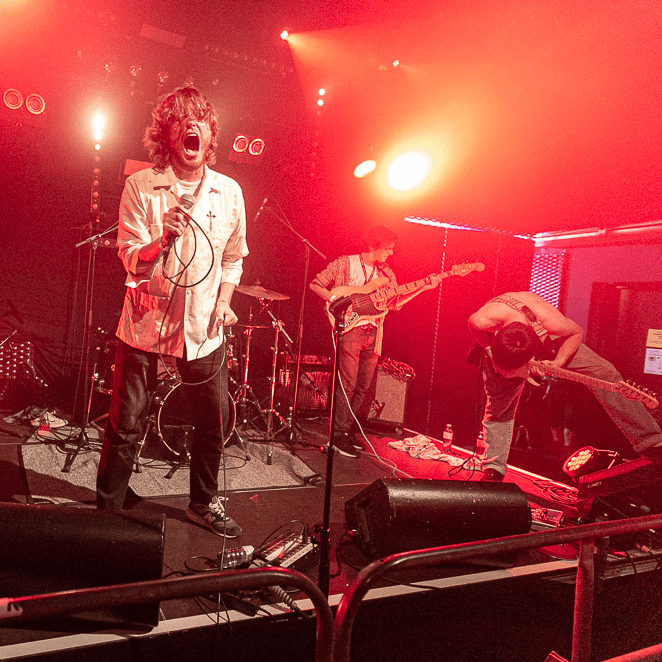 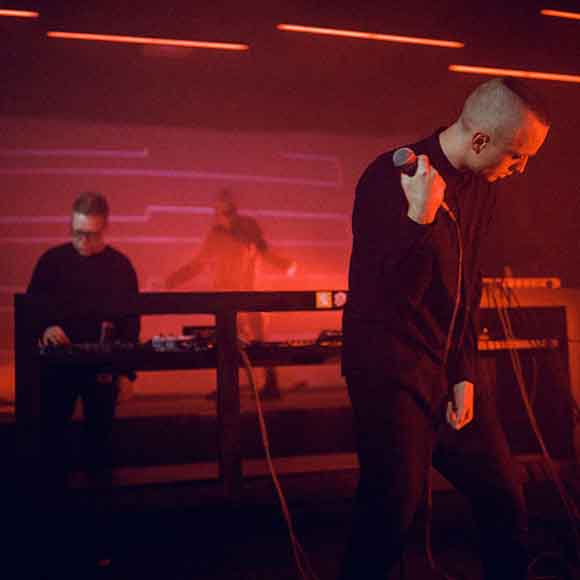 Kurs Valüt is an electro duo from Dnipro founded in 2017 to make Minimal Wave in Ukraine great again. Their music is created first and foremost for live performances. They also have a lot of references to the most popular Ukrainian cultural topics, stereotypes and memes found in social media. All songs written in Ukrainian. All in all, lyrical subjects and dark electronics carefully turn existential crisis into unstoppable energy on the dancefloor.

The band's discography includes two LPs: ‘Veselo’ (2018) and ‘Kurs Valüt’ (2021). They had a sold-out concert in Kyiv in the summer of 2021, along with regular appearances on the biggest electronic parties and festivals in Ukraine.

Most recently Kurs Valüt signed a deal with a German label No EMB Blanc and actively performs in Europe.

Stas Koroliov is a Ukrainian multi-instrumentalist that first became known for performing at the talent show ‘Holos Krainy’ and being a part of the band YUKO.

In 2021, Stas started his solo career with the release of 'O_x,' a highly acclaimed record. By the end of the year, a bunch of Ukrainian media rated it the best album of 2021, and his first show was sold out weeks before.

О_х show is a complex performance that includes amazing visuals from Anastasiia Vesna and a saxophone set from Andrii Barmalei. Stas’ live shows let you get the most personal and intense experience of Ukrainian alternative music of today. 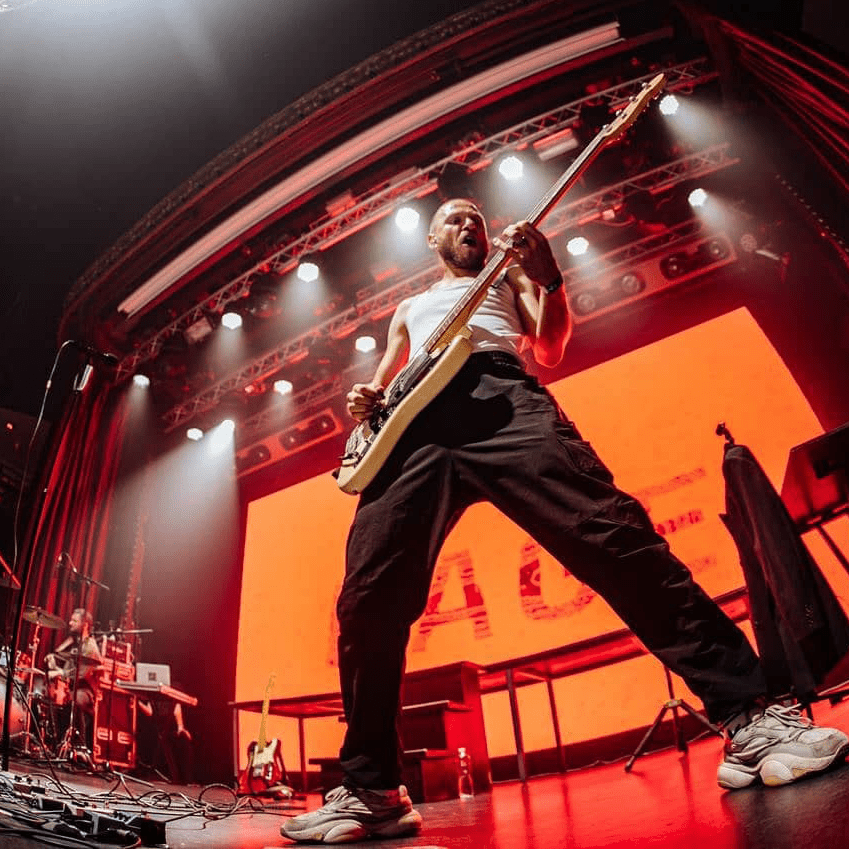 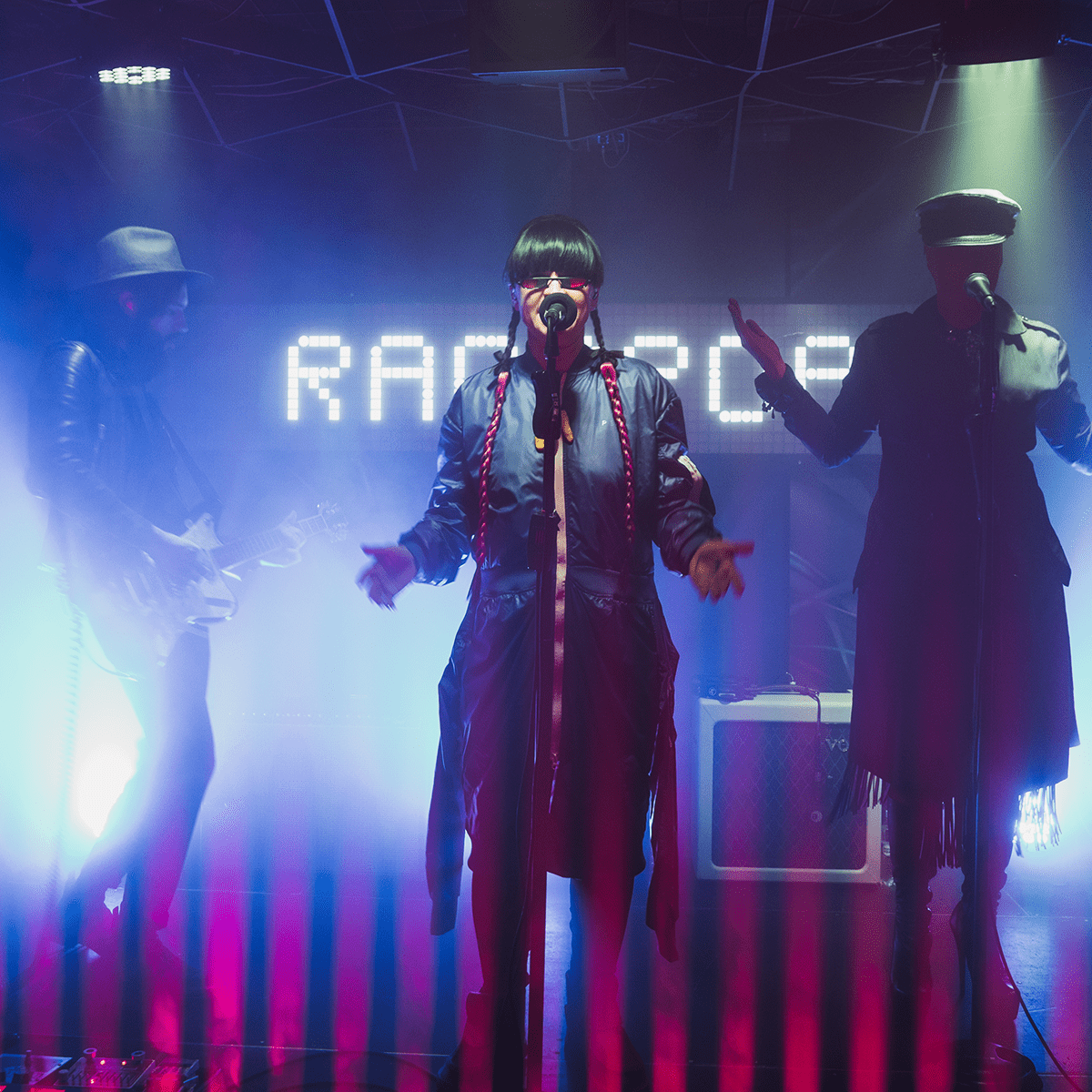 Ragapop is a side project of two members of Dakh Daughters, Ruslana Khazipova and Hanna Nikitina, and Anton Ocheretianyi. It is also an experimental exploration of Ukrainian past through post-punk aesthetics and electronic lo-fi sound. Their EP Siasia is a rethinking of Ivan Franko’s poetry.

Ragapop are famous for their audiovisual shows where performing techniques of pop music and underground theater collide.

SI Process is a solo project of Stas Ivashchenko, the drummer of the bands DOK and Vahonovozhatye (VGNVZH), in which he reveals himself as an electronic musician.

In 2020, Stas released his debut EP 'Signals', which was included in the TOP of the year in many Ukrainian publications. He started his concert activities in 2021 (Brave! Factory, GogolFest. Black Factory, and various festivals in Germany and Estonia). His live performances combine the frenetic energy of live percussion and electronic textures. The latest release EP/2 came out in June 2022 via Salon Imaginalis by the artist Koloah.

His project is a completely new breath in the world of electronic music. Unbelievable live drumming skill, expression, and crazy expressiveness of sounds together with electro/breakbeat show us a completely new sound language. The symbiosis of electronic and live creates a unique experience, unique pressure, and sound at a concert. 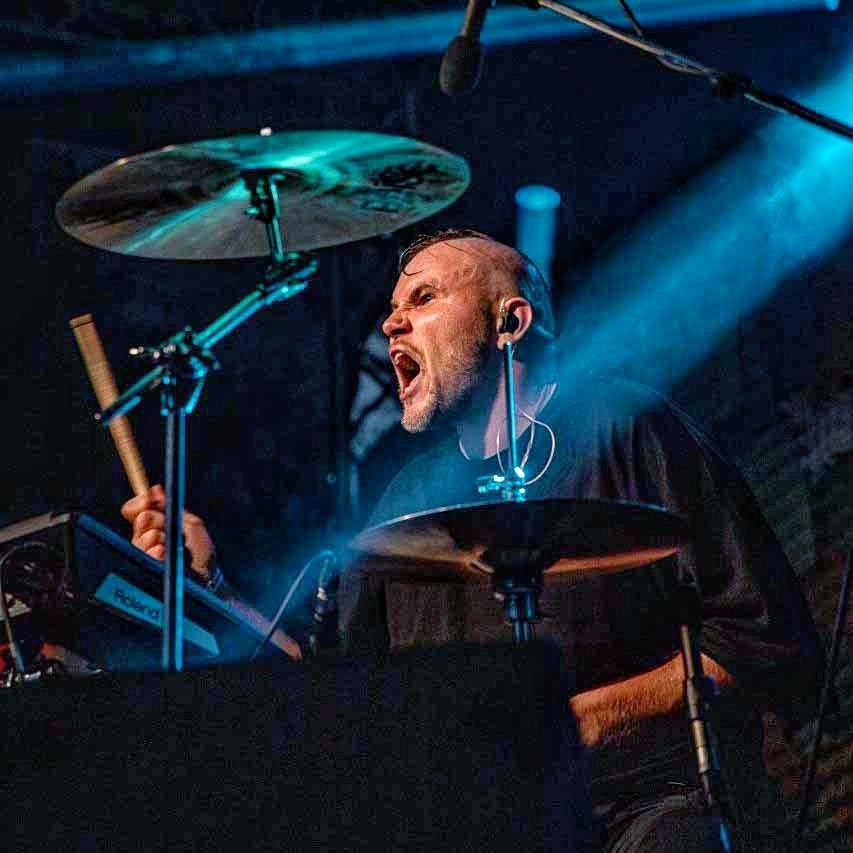 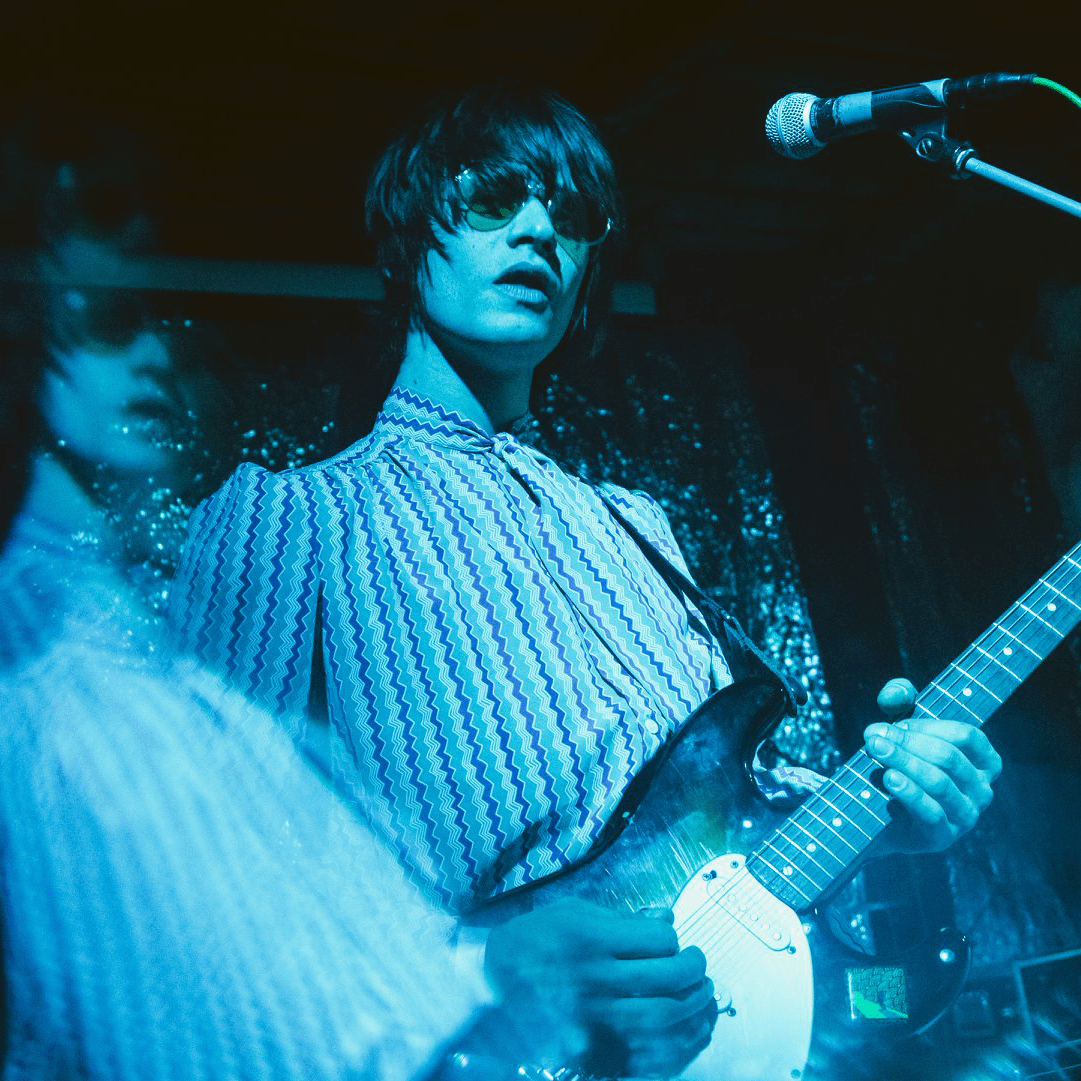 Love'n'Joy started out in 2009 and became local stars by 2010. Now they have 5 successful European tours under their belt. They also were headliners for big festivals, such as Festival Povalec, Dresden-based Reverberation and Ukrainian Atlas Weekend, Koktebel Jazz Fest, Zaxidfest, etc.

If you’re ever in Ukraine and in the street you see three guys that look like they came straight from the 70s, that must be Love'n'Joy. Both their music and visual aesthetics are inspired by all things of that era, starting with psychedelic rock or early electronic music pioneers and ending with a new poetic language of cinema and fashion.

The residents of Kyiv-based jam community Fusion. The collective has not been on stage for long but has become widely known among Ukrainian improvisers. Starting from the first live shows, they’ve embraced the distinct sound inspired by British jazz with hip hop elements and beautiful guitar solos.

Hyphen Dash first gained recognition after taking part in the kontrabass promo ZMOVA project when they gave a live show in National Art Museum in Kyiv. After that, they had several sold outs and won the Hennessy “All I Need” competition for young artists in 2021.

Seeing the band live is truly remarkable: the chemistry between musicians and the audience is so strong that the music and the feeling become inseparable. 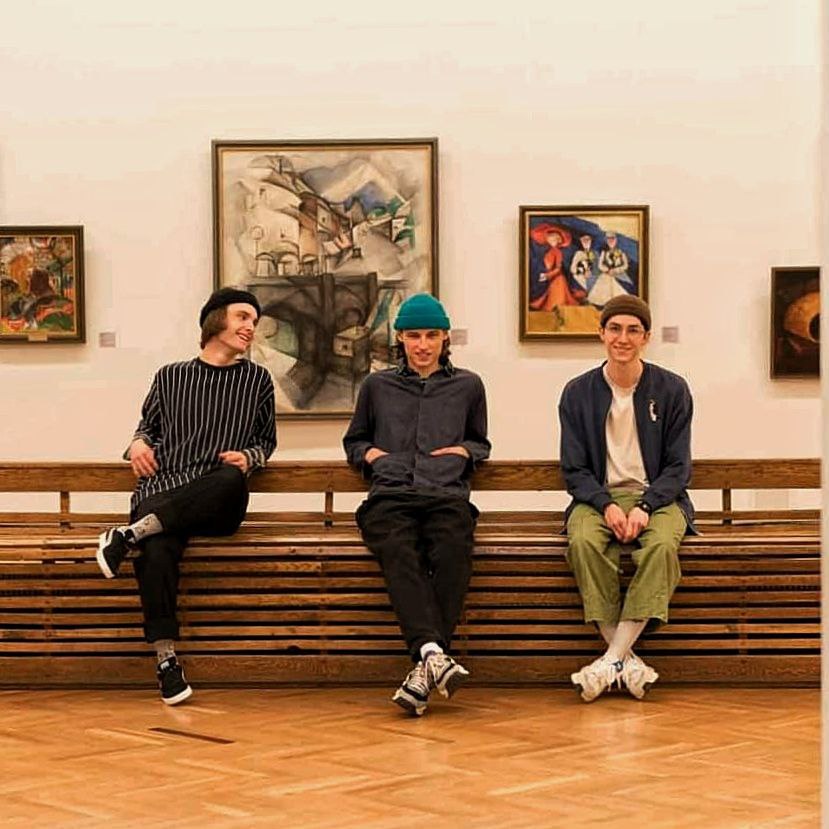 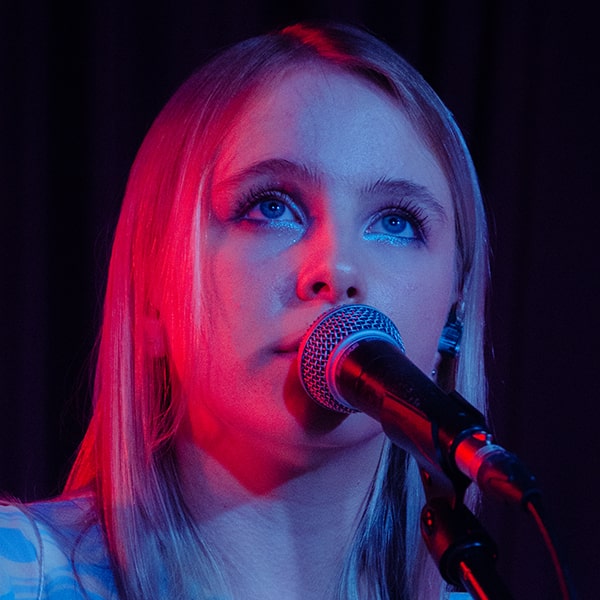 The band was founded in 2021 by lyricist and singer Iryna Panchuk and sound producer Oleksandr Musevych, who is also a bass guitarist and a sound producer of the band Sheetel. The debut track “Якби” ("If") immediately struck a chord with the Ukrainian audience. Each subsequent release of the band gains about half a million listens.

A gentle female vocal, unexpected guitar solos, a velvety bass, and despairing drums remind of the famous sound of the English band Daughter. The concert activity of the band began only in 2022, and they have already managed to gather several sold-outs for solo concerts in the largest cities of Ukraine.

This band consists of real young stars who have not yet received awards but have already proven that their concerts are impossible without singing and dancing to a satisfied audience.

The band was founded by Danylo Halyko in 2014. The combination of original funky, semi-jazz music and Ukrainian poetic texts makes it so special. Blooms Corda repeatedly received critical acclaim as one of the most original and exciting bands of Ukraine’s independent music scene, and the band's albums continue to hold high positions in the ratings of music media. Currently, there are four of them.
Guitar, drums, keyboards, and saxophone are played at live performances, and Danylo's incredibly gentle vocals create a special atmosphere of eternal autumn melancholy.

In 2020, the band was selected for the British showcase festival The Great Escape, and the number of their performances on the stages of the largest Ukrainian festivals is already several dozen. 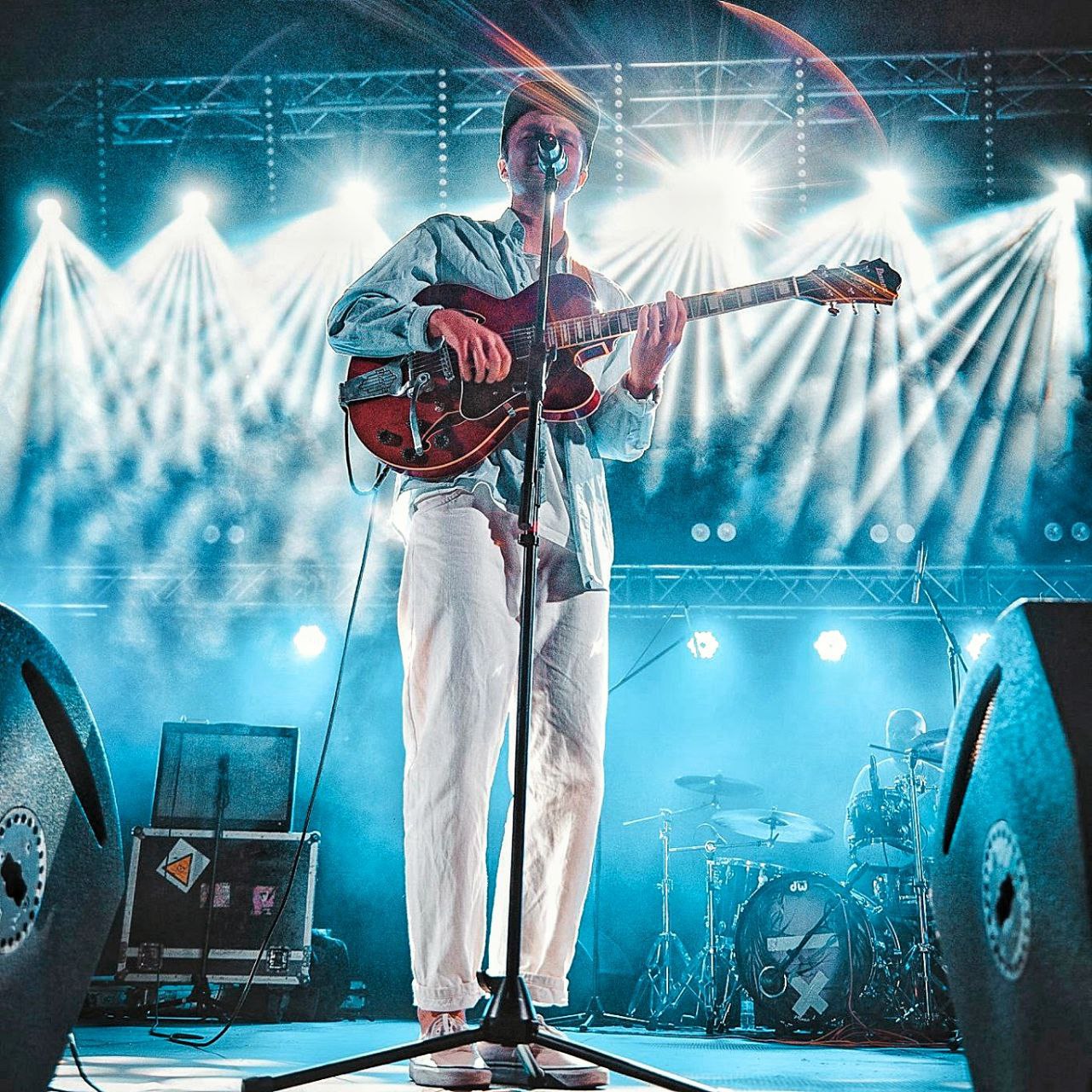 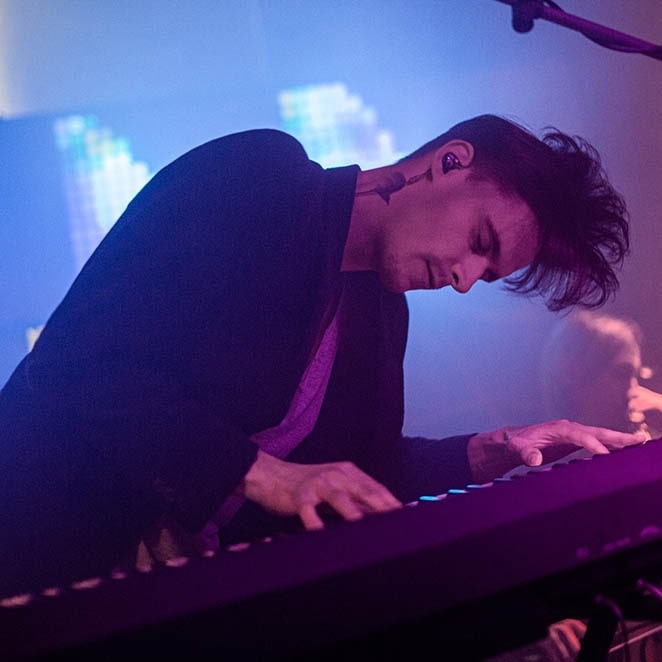 Sheetel band was founded by Anton Sheetel, ex-member of MYOPIA and The Cancel Band. His keyboards and dramatic vocals are the essential elements of the band’s sound. Other members make up a true mini-orchestra with bass guitar, drums, viola and, from time to time, other instruments as well.

Sheetel band creates a noir ambiance that mixes the sound of classic trip-hop, jazz, and grunge. In their shows, they often play with improvisation and theatrical performance. There’s always an element of chance, so those who’ve seen them live once, tend to come back for more.

In 2021, the band released one single named ‘IF I’ and is currently finishing work on the second album.

OTOY is the solo project of Lviv hip hop’s own Viacheslav Drofa, gaining momentum thanks to his sincere and forthright rapping. After the 2020 debut, he already got feats from Alyona Alyona, Kalush, Alina Pash, The Lazy Jesus, etc.

50 000 Spotify monthly listens, Artist of the Year and Breakthrough of the Year nominations from rap.ua, and Jager Music Awards nomination speak about the artist’s popularity better than words. Today OTOY is the brightest young star of new Ukrainian hip-hop that raps just as cool in English as he does in Ukrainian.

OTOY’s critical emotional states get translated into the language of agressive hip hop beats, while the themes of his lyrics go far beyond the genre cliches: gender equality, mental health, and concerns about cultural heritage. 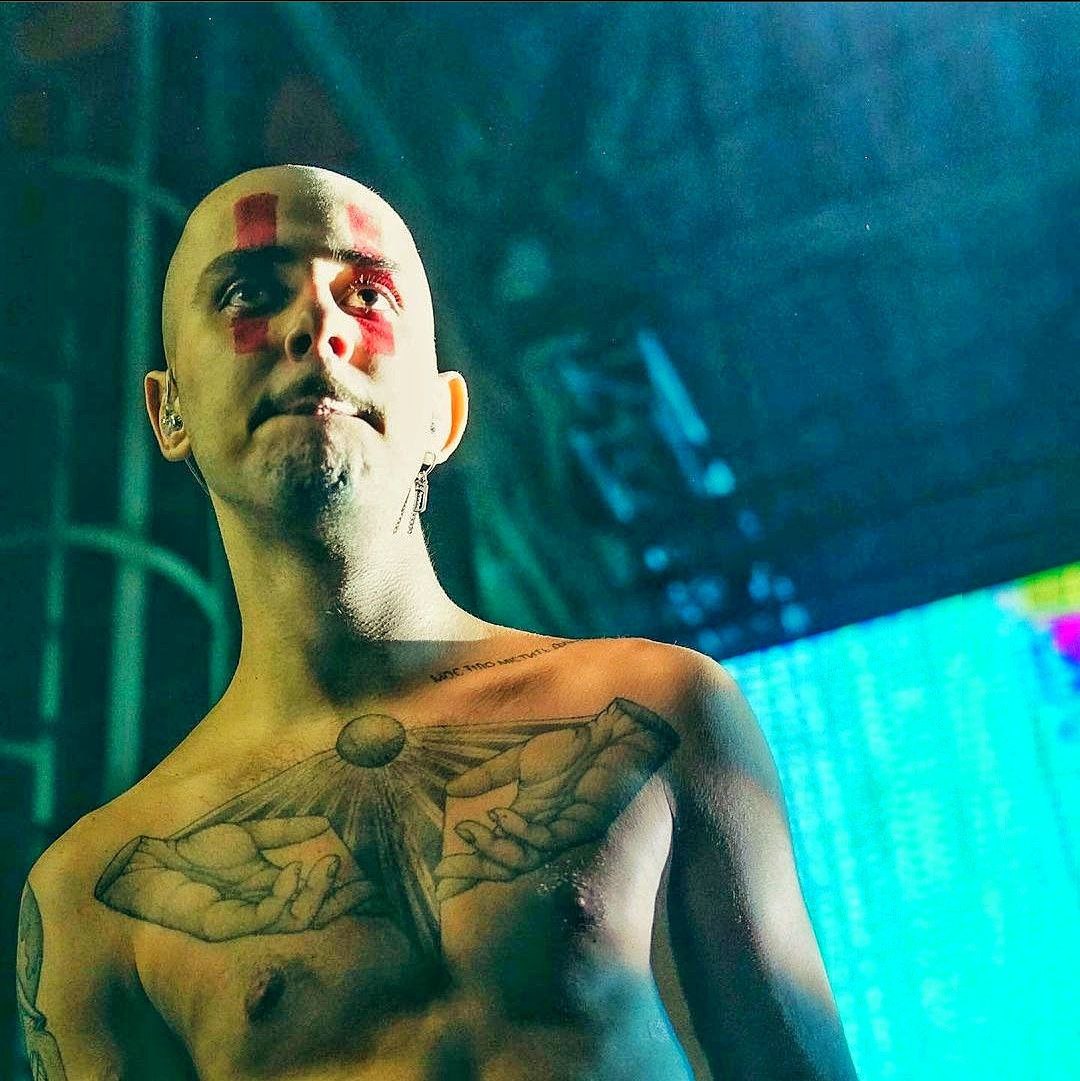 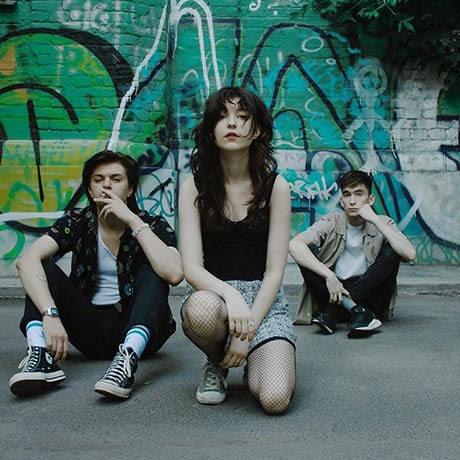 Although they left school just a few years ago, the band already made it to such festivals as Respublica, Файне Місто (Fayne Misto), ГогольFEST (HoholFEST), Winter Mass VII and Vertuha Arts Festival. They also played at Jager Music Awards and СЛУХ showcase event.

Their songs raise difficult questions of sexism, abuse, eco-consciousness and animal rights. The band is hugely popular with generation Z and their frontwoman is the star of Ukrainian TikTok with 50+ thousand followers.